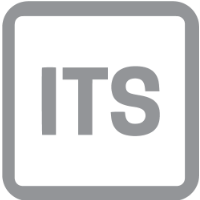 Microsoft Office is probably the most used software on campus, for creating all kinds of documents. The latest version for Windows 7 and later is Microsoft Office 2013 Service Pack 1, which is the standard on campus starting the summer of 2014.

Service Pack 1 can be delivered via Windows Update, from our campus Windows Server Update Services (WSUS) server, or from Microsoft Update.

Besides this traditional license and installation. Office 2013 is available to some users in another form, as part of "Office 365 Pro Plus", which is a license not a software package. That license gives a user access to Office Online (formerly Office Web Apps), the Web-browser-based Office applications with basic functionality. That license also gives the user the ability to download a "Click-To-Run" version of Office 2013, with the right to install it on up to 5 computers. (That license also gives the user the right to run Office Mobile on up to 5 computers.) That alternative form of licensing and installation is user-based, not computer-based, and is not currently available at Carleton.

Microsoft offers Office 2013 in 40 languages, and we support Office on campus in English and these ten foreign languages:

To add any of these languages to an existing Office 2013 installation, look in the KBOX user portal for the appropriate language pack, or contact the ITS HelpDesk at x5999.

The college licenses the Office suites so that they can be used on every college-owned computer, and are available at minimal cost to faculty and staff for use on one personal computer, through the Home Use Program .

Office 2013 is expected to be available on all lab and classroom computers, starting in the labs and on new computers in the summer of 2014.

Here is information on how Office 2013 is configured for use and installation on college-owned computers.

To get Office for use on a personal computer, faculty and staff should follow these instructions. Students may buy discounted editions of Office 2013 at the Bookstore, or from the Microsoft Student portal .

S.Nissen originally authored the Windows information in this article, but after April 1, 2015, Rebecca Barkmeier will be responsible for the packaging of this application for Windows, so all questions should be directed to her.

Which version do I have?

To find the exact version of an Office 2013 application, start the application and open Backstage view from the File tab. Choose Account from the left pane, and you'll see useful information, like activation status, on the right. From there, choose the "About" button to see the traditional "About..." dialog box, which has the version at the top, and the useful System Info... button at the bottom. For example, in Word 2013 with Service Pack 1 (SP1) applied, at the top you see:

Can I have multiple versions of Office?

In general, except for Outlook, it is possible to install different versions of Office side-by-side on the same computer, but they don't work very well or as users expect. (With Outlook, only one version can be installed. And 32- and 64-bit versions cannot be installed on the same machine.) Therefore, we don't recommend multiple versions of Office on one computer. If you have access to a Virtual Machine (VM), it does work to have one version of Office on the host computer, and a different version in the VM.

No, and you'll be more productive with the default 32-bit version. Microsoft recommends, and ITS agrees, that the best version for 64-bit Windows is 32-bit Office 2013, so that all the Office add-ins in the world, which today are still mostly 32-bit, continue to work as you expect. With 64-bit Office, you lose your 32-bit add-ins and 32-bit ODBC data sources; the only gain might be in Excel with extremely large files (>3GB), and then only if your computer has more than 4GB of physical memory. Here is Microsoft's explanation. Here is an article detailing how you can decide.

How do I print envelopes of this size on that printer?

Ah, the famous envelope question, which is the most common Word question next to (mail) merges. Maybe this article or this 4-minute video, both from office.microsoft.com, will provide some answers. (The resources available at that Web site are extensive and excellent.) And this page provides the dimensions, in inches, of common envelope media.

Faculty and staff can use the free Microsoft E-Learning computer-based courses that comes with our campus license agreement. There are currently 20 Office 2013 courses in the Learning Catalog, and the number is still growing.

Through a variety of sources, like the Microsoft Downloads site, Microsoft has released free product guides and other documents related to Office 2013, a number of which are attached to this article. Or start online in the Office Support home to find free training videos and 15-minute webinars.

Also see the Product Details section above with more links.

The PowerPivot and PowerMap add-ins for Excel 2013 are included in the Carleton-customized, KBOX-packaged installers for Office 2013. So each user should be able to enable or "activate" either add-in using the Microsoft instructions here.

However, on installations of Office before May 17, 2014, we have reports that, when looking at the list of COM Add-ins, PowerPivot or PowerMap is not listed as available. Follow these instructions once on a computer to fix that:

Office should display a progress bar, find the files it needs on the local hard drive, and prompt you to close and reopen any active Office 2013 applications. Then PowerPivot and/or PowerMap can be "activated" (see "here" link above in this section) when you next start Excel.

Microsoft has created a free, unsupported, technical tool for identifying and fixing Office problems, which can be downloaded from here. Install OffCAT.msi and use the 82-page ReadMe*.docx guide to understand the results. The tool also checks for KMS activation problems and Outlook messaging problems (e.g., MAPI).

With installations of Office 2013 that were done before 10/11/2014, there was a customization problem related to Trusted Locations. The symptoms were that an Office document would take several minutes to open if the computer was on a network not at Carleton, but the same document would open quickly if the computer was on Carleton's networks or no network at all or with networking disabled ("airplane mode"). Installations of Office 2013 since that date no longer have the problem.

For computers exhibiting the problem, there are two Kscripts which will fix the installed Office 2013 without requiring reinstallation. In the KBOX user portal (go/kbox), login and search for items containing "Office 2013 Fix". There will be two of them: "Office 2013 Fix New users for Slow Document Opening (1of2)" and "Office 2013 Fix Current User for Slow Document Opening (2of2)". The first needs to be run once on the affected computer; the second needs to be run once by every user who logs into the affected computer. The Kscripts can be run in any order and repeatedly.